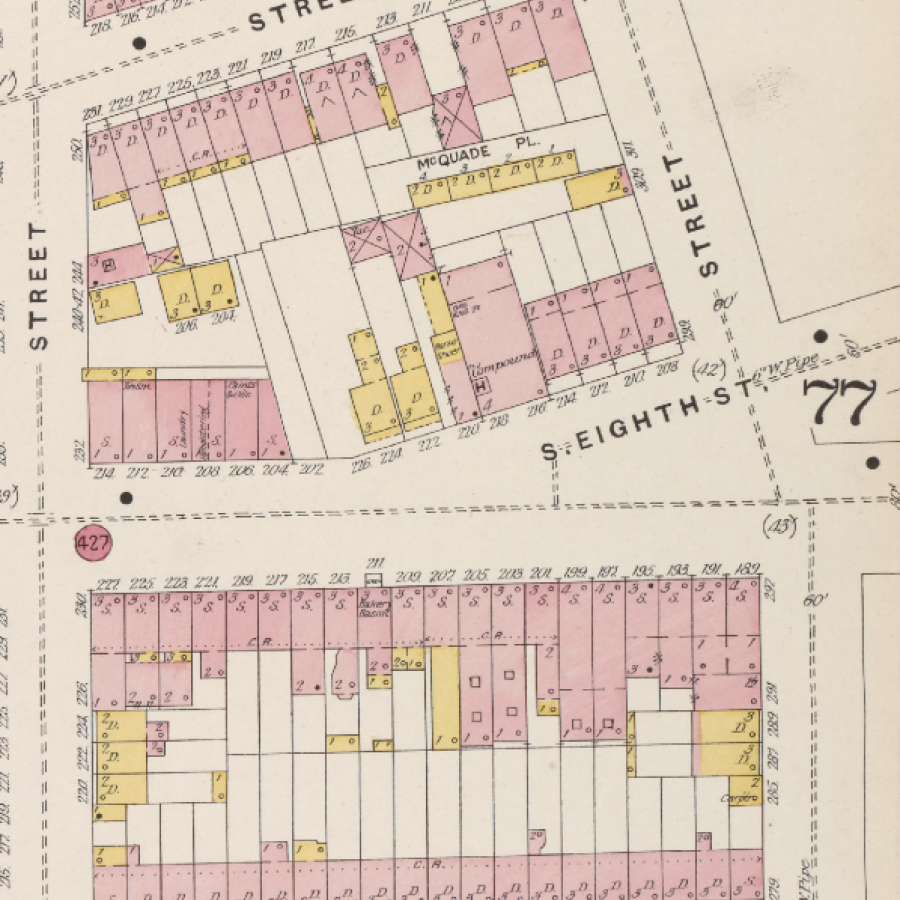 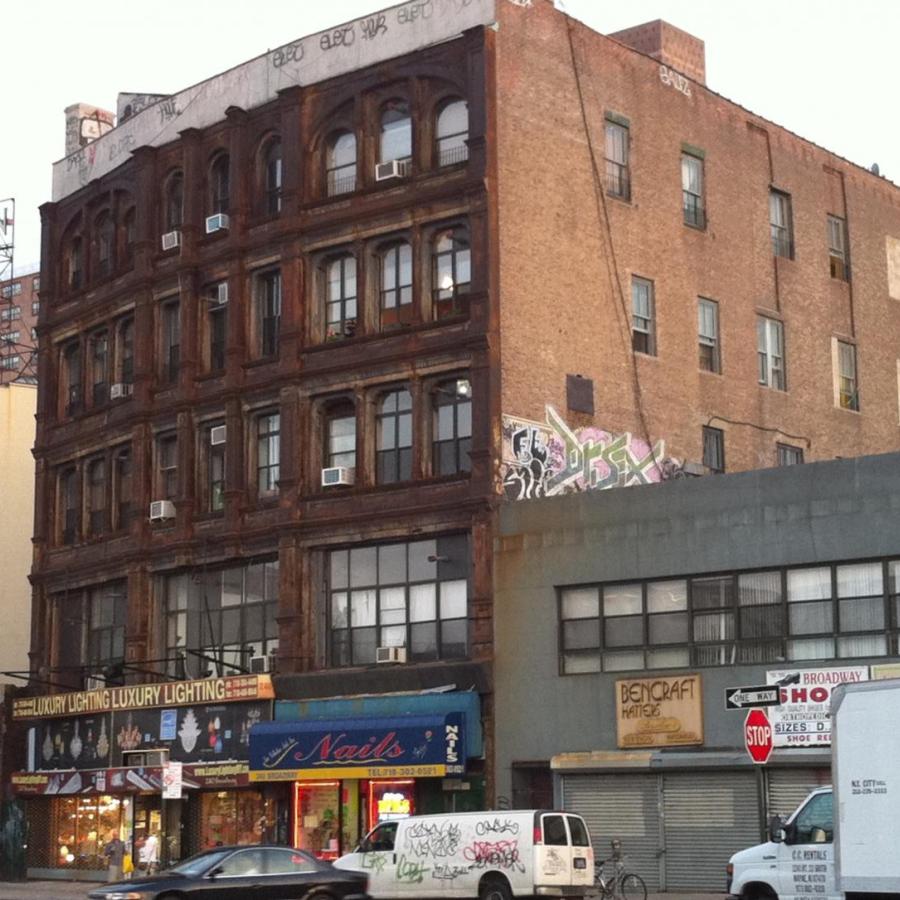 Constructed in 1891 by furrier Louis Zechiel, this 5-story loft building sits at the junction of South 8th Street and Broadway, which gives the buildings its splayed plan form. The building is three bays wide at the first and second stories (the two western bays are on South 8th Street; the eastern bay is on Broadway) and nine bays wide at the upper three stories. On the upper stories the three windows at the center bay are divided by Ionic pilasters, with square arches at the third and fourth story and round arches at the top story. The windows at the two outer bays are grouped together in threes and divided by Corninthian colonettes; the third and fourth story windows have shouldered arches and the fifth story windows have round arches and are gouped under wider segmental arches. The cornice of the building was removed after 1940. Historic photos show a flat cornice over the east and west bays, with three tiered projections over the center bay - a taller pedimented pavilion over the center bay and two smaller segmentally-arched roofs adjacent.