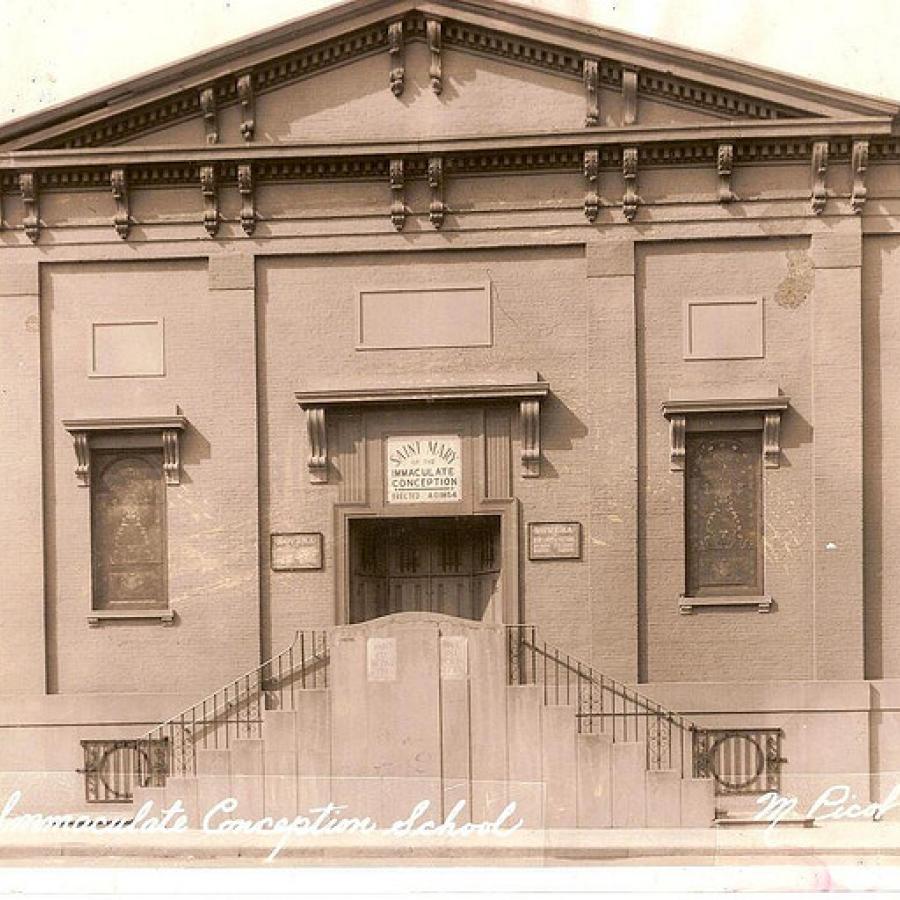 The property at the corner of Leonard and Maujer (formerly Remsen) Streets was purchased in April of 1853. Cornerstone laid on July 31, 1853 and the church was dedicated by Bishop Loughlin on October 29, 1854 (making it one of the first churches to be dedicated in the Dioceses of Brooklyn, which formed in 1854). Rev. Peter McLaughlin "of Gowanus" was the first pastor for the new church. The building is described as being in the "Elizabethan" style, constructed of brick with imitation brownstone (presumably stucco).1   The Diocese of Brooklyn sold the property in 2014 and it has been redeveloped as apartment housing.