According to Bailey, "an episcopal society existed in Brooklyn as early as 1766, which was incorporated in 1787". The first St. Ann's Church was constructed in 1795, replaced in 1824 and then again in 1877.1  The former St. Ann's Church is now part of the Packer Collegiate Institute. (St. Ann's now occupies the former Church of the Holy Trinity at Montague and Clinton. 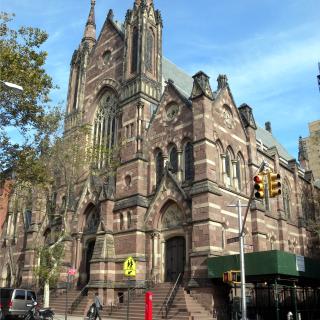