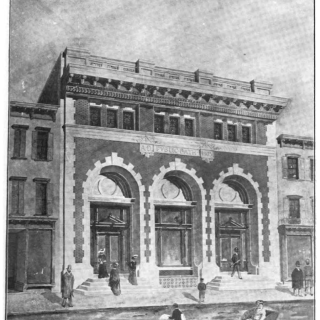 Louis H. Voss was active in Brooklyn municipal architecture in the early 20th century. A graduate of Pratt Institute, Voss had a partnership with P. J. Lauritzen starting the in the 1890s. Voss is credited with the design of two public baths in Brooklyn as well at least one police precinct. 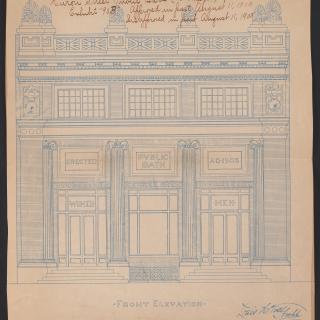 Building
In the early 20th Century bathhouses were constructed throughout Brooklyn to provide hygiene to residents in areas that lacked baths, and sometimes even plumbing, in their homes. The Huron Street bathhouse was the fourth of seven public baths constructed in Brooklyn between 1900 and 1910. 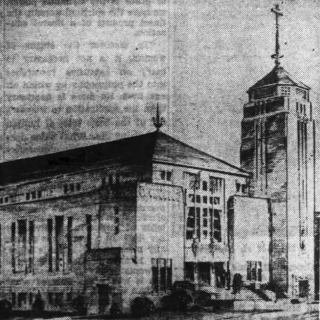 Founded as Holy Angels parish in 1854, this was the first German national parish in Queens County. The parish was later named St. Mary's, then St. Mary's Winfield and is now known as Blessed Virgin Mary Help of Christians. Until 1949, this area of Woodside was called Winfield. 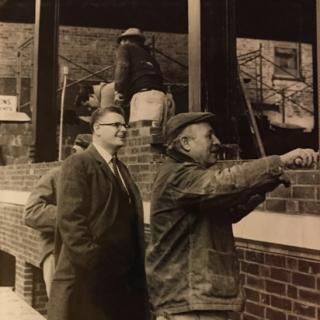 John O'Malley was perhaps the most prolific Catholic church architect in the New York area from the 1950s until his death in 1970. Working primarily in Queens and on Long Island, O'Malley designed dozens of churches. 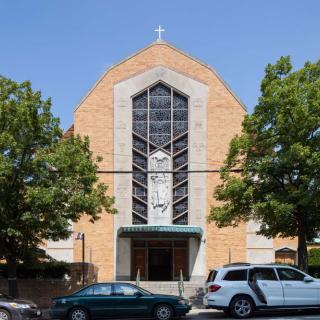 St. Michael parish predates the founding of the Diocese of Brooklyn. The parish's official founding was in 1848 (making it the third oldest in Queens County), but parish lore says that services began here in 1833. The church itself was constructed in 1962, design by the prolific John O'Malley. 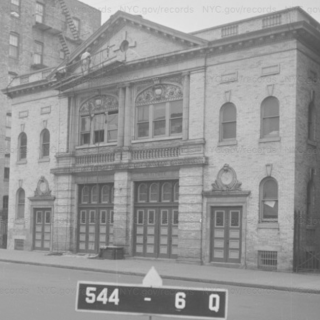 Parish Center and Institute for Our Lady of Mt. Carmel Parish, Astoria, Queens. 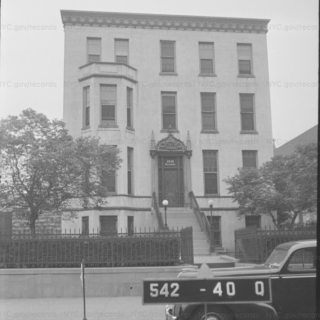 Originally constructed circa 1891, the convent was enlarged and refaced in a stripped down Moderne style in 1955 under designs by Diocesan architect William Boegel. 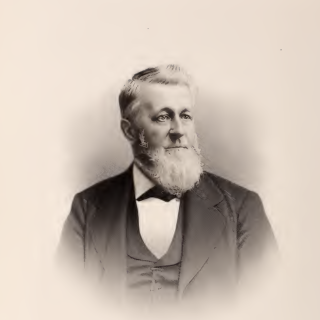 Person
James Rodwell was a builder who was very active in Williamsburgh and Bushwick from 1834 through the 1880s. In addition to his work as a builder, Rodwell was also a real estate speculator and served as Fire Commissioner for the City of Brooklyn and was a director for various banks and fire insurance companies in Williamsburgh. 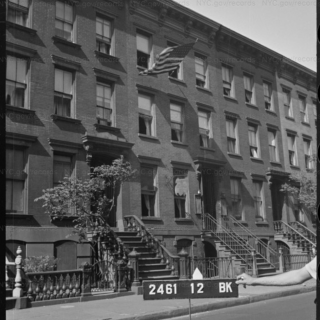 Building
The two buildings at 316 and 318 South 5th Street (which were later renumbered to 318 and 320) were nearly identical to the rest of the buildings on the south side of North 5th between Marcy Avenue and Rodney Street. The only detail distinguishing these two buildings from the rest of the row is the treatment of the basement (brick with brownstones trim instead of rusticated brownstone). 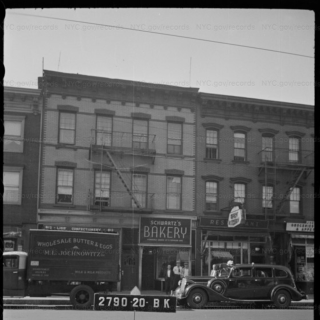 Real Estate Record lists this as two buildings on Grand Street, "ss, 80 w Bushwick av". The description would point to 806 and 808 Grand Street, however these are part of a larger row of Italianate buildings and 806 is only 25' wide. 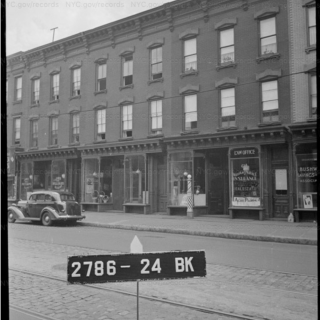 Block of 8 dwellings and stores, on the south side of Grand Street starting one building west of Leonard Street. 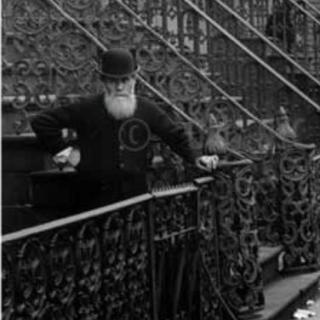 Article
I came across this photo posted in a local history group - the only information provided was the caption, "Leonard Street 1916". Based on the photo and caption, there was not a lot to go on. A stern gentleman - let's call him Nathan - standing in front of a rowhouse. Judging by the ironwork and windows, the buildings to the right appear to be 1850s transitional Italianate/Greek Revival. Nathan's building - based just on the ironwork (nothing else is visible) - is not part of the same development and is probably early 1840s. So where is this photo?
Subscribe to New Entries