Hopkins Street German Presbyterian Church was founded ca. 1868, as a mission church affiliated with Throop Avenue Presbyterian Church. In 1867, Throop Avenue Presbyterian, which had been operating out of a mission school at Hopkins and Throop, constructed a new building at Throop and Willoughby. Following its relocation, Hopkins Street German Presbyterian Church was founded in the Mission School building.1 Hopkins occupied the Mission School building until 1873, at which point it erected its own brick church nearby on Hopkins Street.2 In 1904, Hopkins sold its church to a Roumanian synagogue3 and purchased a property at the corner of Bushwick Avenue and Ralph (now Menahan) Street in order to be closer to its congregants. The cornerstone for the new church, which was renamed Bushwick Avenue German Presbyterian Church, was laid on September 10, 19054 and the church was dedicated on June 3, 19065. (During the time that the new church was being constructed the congregation worshiped at the Throop Avenue Mission between Hopkins and Ellery.

John Meury was the second pastor of Hopkins Street German Presbyterian Church, serving from 1870 until his death in 1887.6 Meury was succeeded by Rev. Hartman F. Bernhart, who served until 1891. In that year, the congregation split over disagreements regarding Bernhart's fitness for service. Bernhart wound up resigning from the church and from the Presbyterian ministry, taking with him the majority of the 800 congregants of Hopkins.7 Bernhart was succeeded by Rev. Arnold W. Fismer, who led Hopkins for about 12 years, and was in turn succeeded by Hermann E. Schnatz.

The building is now owned by Mt. of Olives Church. 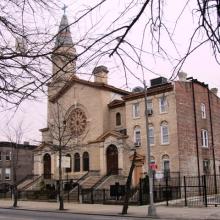 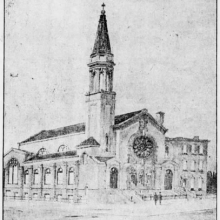 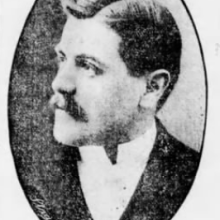 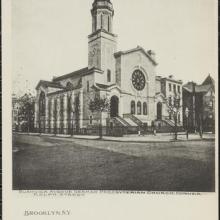 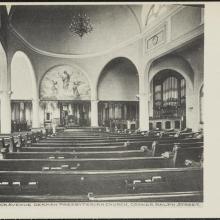 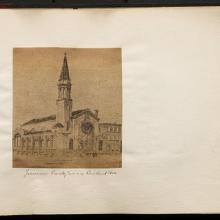