Grace English Lutheran Church of Bushwick was organized in June of 1902. C. I. Intemann was the first pastor, installed in November of that year. The church was originally located on Bushwick Avenue near Decauter Street.1 The church was originally a mission of the Brooklyn English Lutheran Missionary Society, of which ex-mayor Charles A. Schieren was a member.2The church was incorporated on April 22, 1903. The elders at the time of incorporation were J.C. Betjemann, F.H. Schumacker and C.J. Weiss. G.E. Henschkel, J.A. Ross, J.R. Reuss, A.B. Alsgood, Fred Neunz and A. Geissler were the deacons.3

Later in the 20th century, the building was used by the Holy Tabernacle Church; it has now subsumed into a condo box. 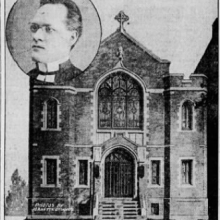 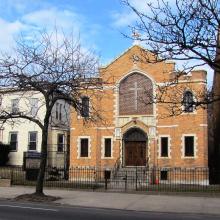 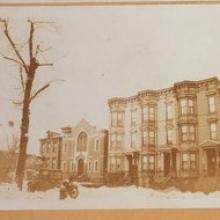 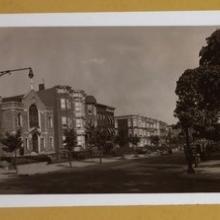