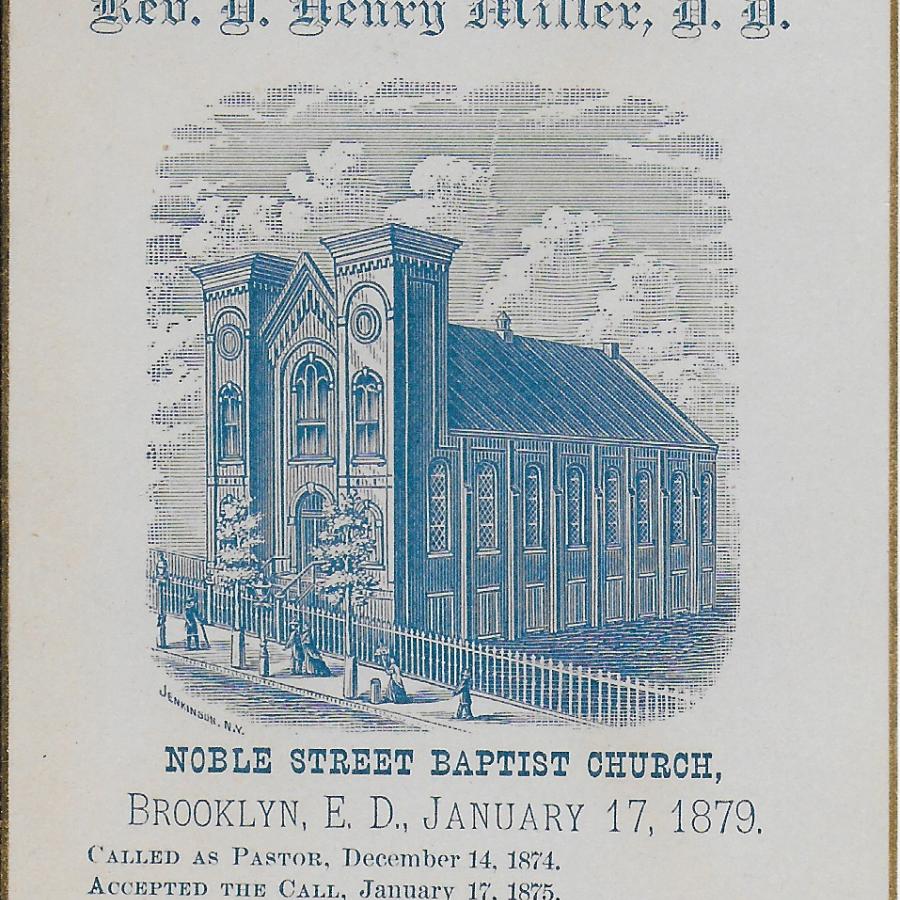 The First Baptist Church, Greenpoint, was organized in 1847. At that time there "about thirteen Baptists living in Greenpoint", who organized a church with 9 members in the old Origen house on Franklin Avenue. "Rev. Mr. Jones and others supplied the pulpit" from 1847 to 1849. In 1849, the church erected a small structure at the corner of Leonard and Calyer Streets with a capacity of 100 worshippers. Mr. Peter Boyce officiated from 1851 to 1855, and was ordained in February of 1855. During this time, the first chaurch was enlarged. After a series of ministers, Rev. William Reid was appointed in September, 1861 and served until March 1867. It was under Reid's pastorate that the current structure on Noble Street was built.1

By 1862, membership had increased to 132, and the church purchased a 45'-wide lot at the intersection of Noble and Lorimer Streets. The cornerstone for the Noble Street church was laid on November 21, 1862.2 The church was dedicated on July 19, 18633 The church was described as brick, with a brownstone front, costing $13,000. At the time of the dedication, the membership was 168.4