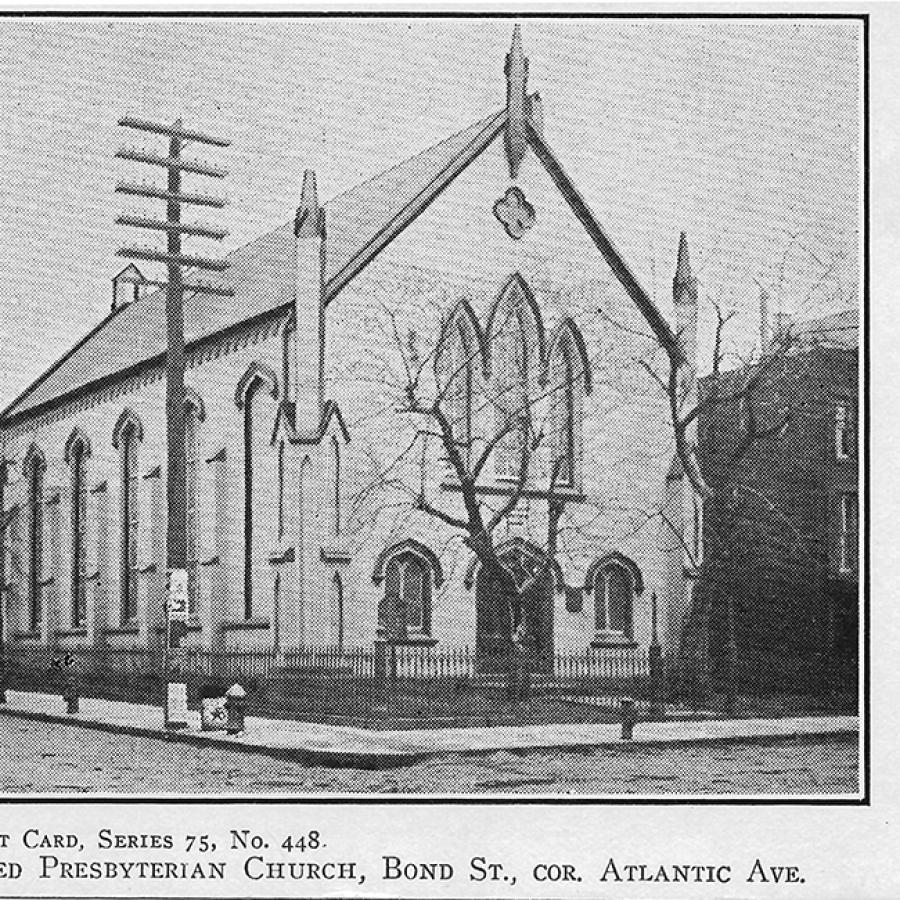 Congregation started in 1847, first worshiping on Powers Street (Third Avenue). Constructed in 1851 for St. Peter's Episcopal Church. The cornerstone for the church was laid in 1850 and the building opened for services in May, 1851. By 1856, St. Peter's had outgrown the building and began construction of a new church on State Street, near Bond. Between 1857 and 1863 the building was occupied by the First Reform Presbyterian Church. The building was sold to the Church of the Convenanters in 1860. In 1864, the Second United Presbyterian Church of Brooklyn acquired the building. Second United occupied the building until 1939, when the congregation was dissolved.1 Again, the building passed through a couple of congregations including the Christian Union Baptist Church, an African-American congregation, which acquired the building in 1945. In 1957, it was purchased by St. Cyril of Turau (Turov) Belarussian Autocephalic Orthodox Church. St. Cyril continues to worship at the building.