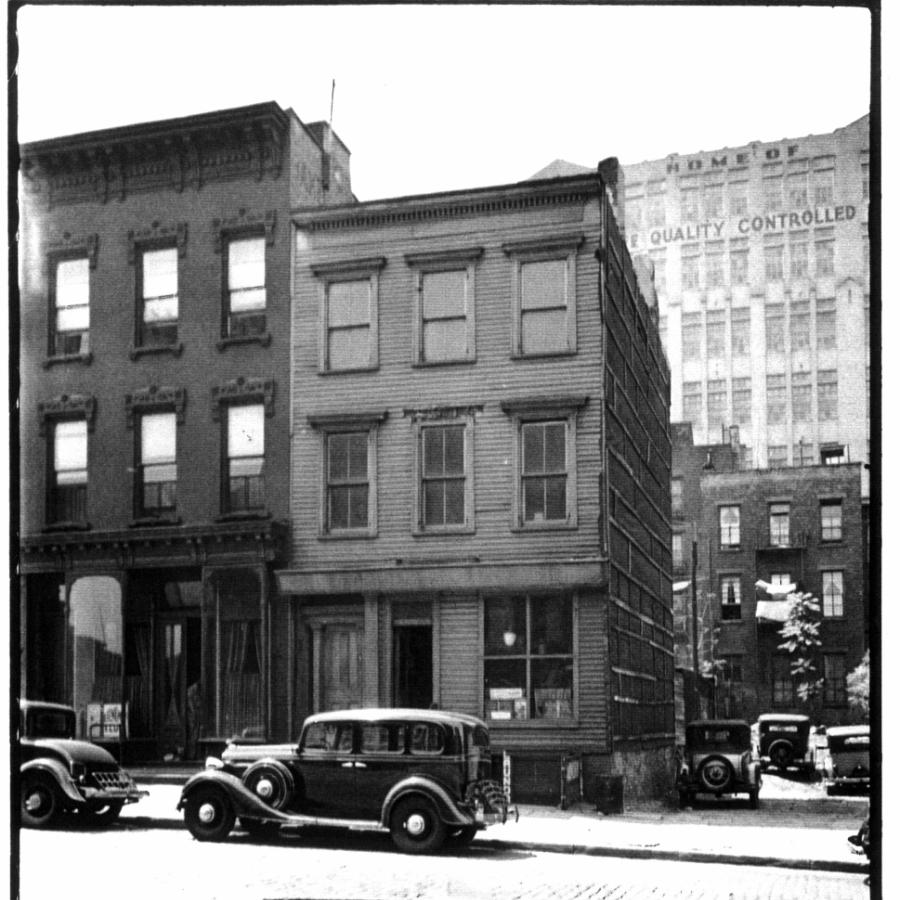 Constructed in the early 1830s as a single-family residence. The original building was probably two-and-a-half stories and enlarged to three stories by the 1840s. As early as 1870, the building had been converted to multi-family use, with a Chinese laundry located in the basement. Other uses in the 19th century included an oyster bar. By the 1930s, the building was used for metal storage/salvage, as evidenced by the large metal shutters at the parlor floor level.