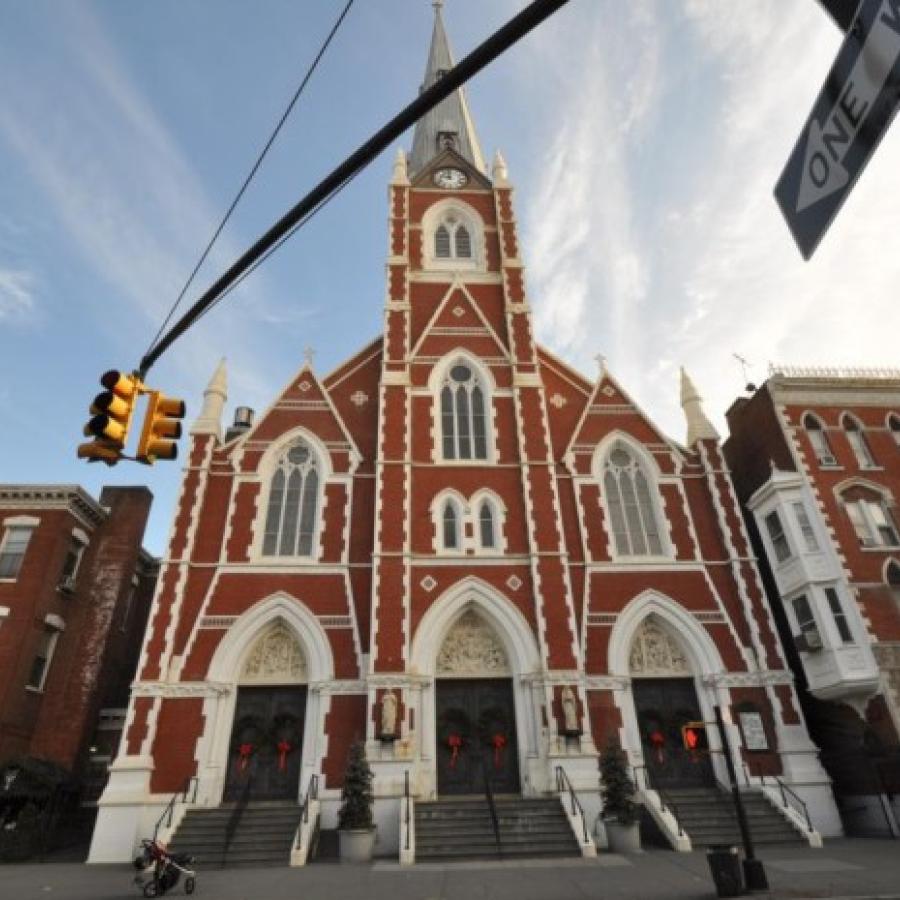 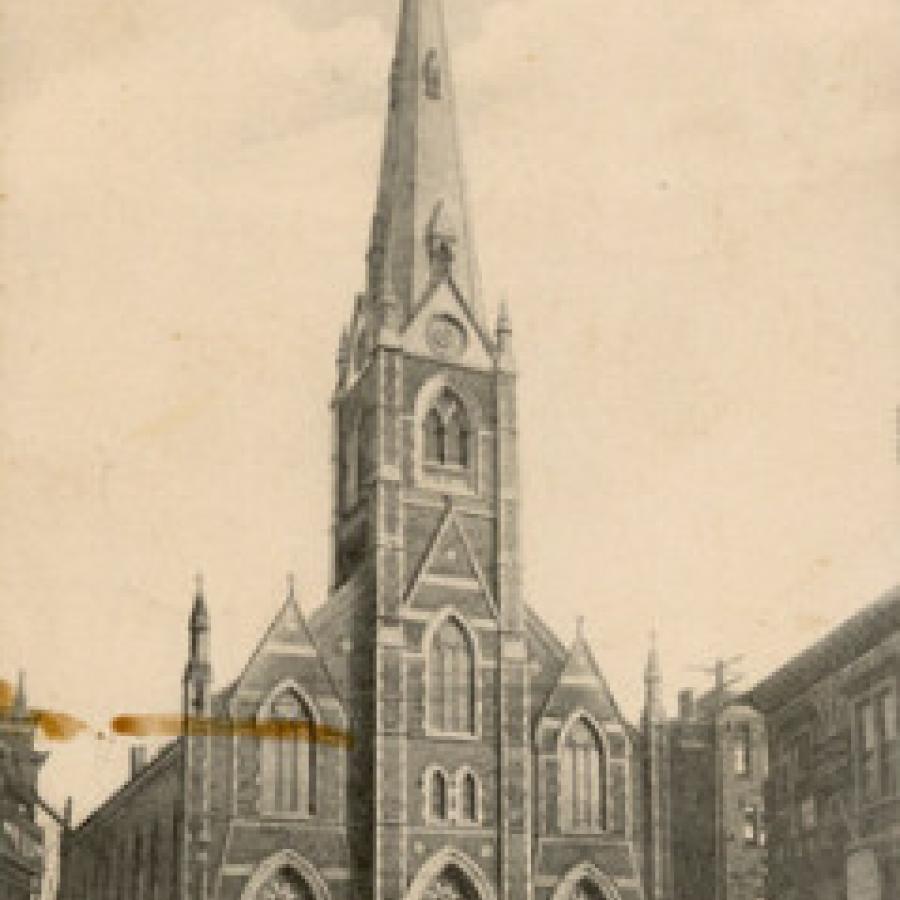 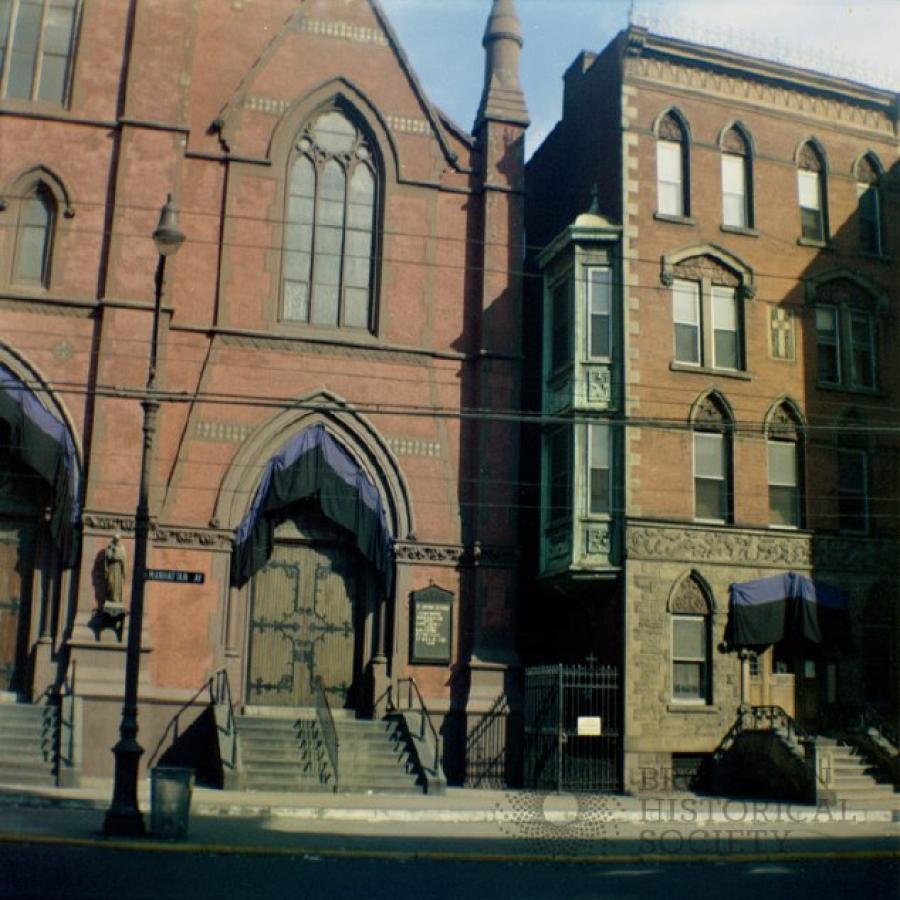 The first mass in Greenpoint was celebrated in 1855 in a hall at the corner of Franklin and Eagle Streets. Later masses were held at a hall at the northeast corner of Manhattan Avenue and India Street. In 1856, Bishop Loughlin purchased lots on the south side of India Street between Manhattan Avenue and Oakland Street, and church structure was constructed on that site and dedicated in early 1858. Prior to 1872, the parish purchased the plot of land on the east side of Manhattan Avenue at the head of Milton Street from Samuel J. Tilden. The cornerstone for the new church was laid on 24 August 1873, and the church was dedicated on 8 June 18741 (the first mass having been held in the basement on 8 March 1874). The rectory adjacent was completed in the fall of 1874.2 Trimmed in Nova Scotia and Belleville stone.3

The first church was at 150 India Street. The property for this church was purchased on January 31, 1856, and a small brick church was erected on the site in 1857. Following the church's removal in 1874, the building was used for a time as a factory. The first priest was Rev. John Brady.4