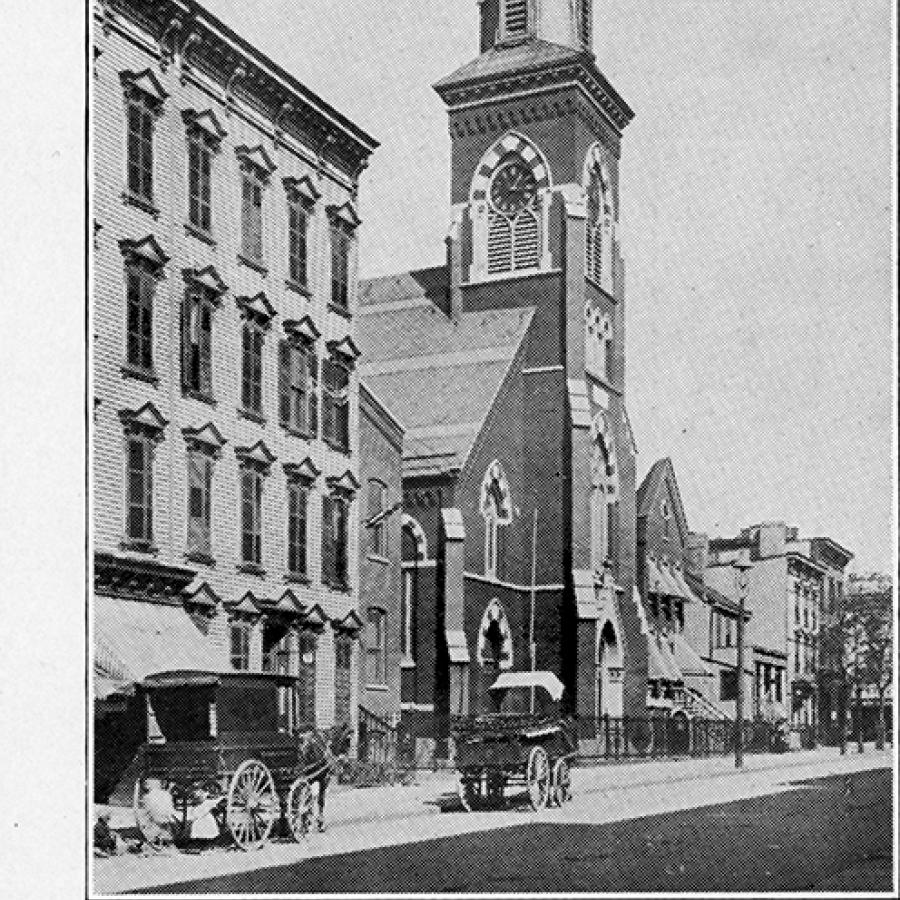 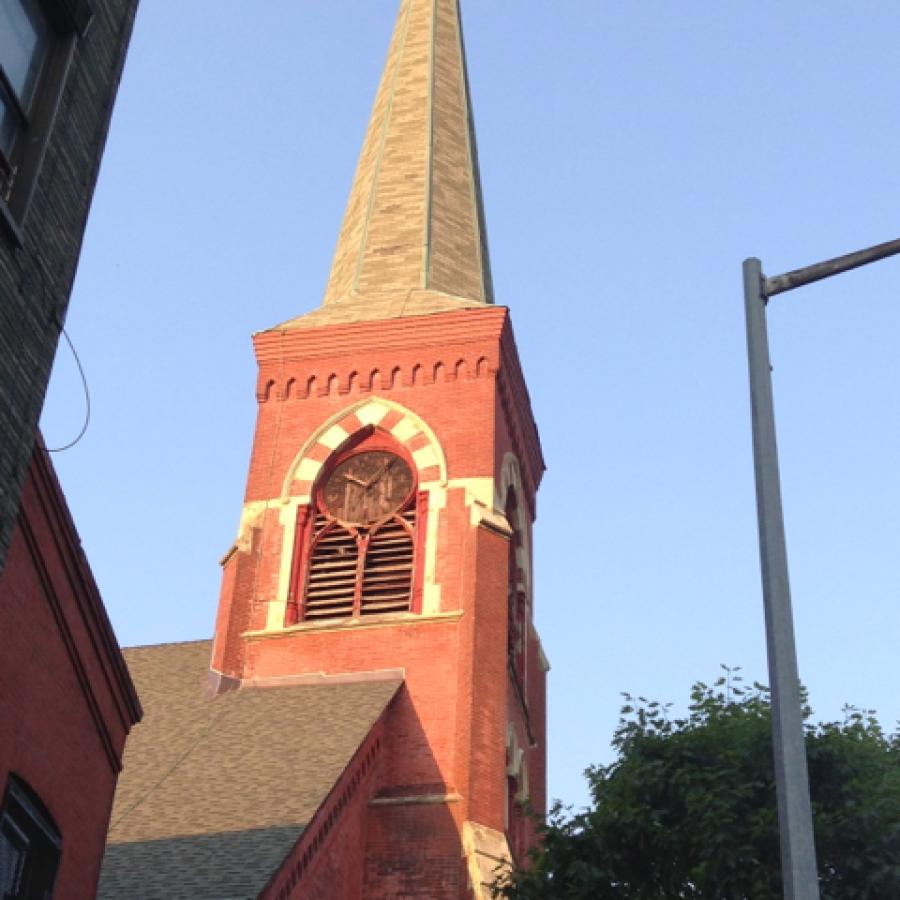 St. Johannes German Evangelical Lutheran (now St. John the Evangelist) Church was founded in 1844 as what appears to be a non-denominational protestant congregation of German-speaking worshippers. At the time, German immigrants were just beginning to arrive in large numbers to the town of Williamsburgh. From 1844 to 1854 the church was located on the corner of Wyckoff (now Ten Eyck) Street and Graham Avenue. The congregation was a mix of Reform, Evangelical and Lutheran congregants and was known as the "German Evangelical Congregation". In 1853, Christian Weisel was named pastor and the church adopted a Lutheran constitution and assumed the name St. John's (Johannes') German Evangelical Lutheran Church. The church became part of the Missouri Synod shortly thereafter. In 1953, the church took on the name St. John the Evangelist. By this time, many African-American families were moving into the neighborhood, many to the recently constructed Williamsburg Houses, the northern end of which was located directly across Maujer Street.1 Gothic Revival church with adjacent rectory and school buildings. The building is located on the south side of a lot that formerly housed St. Mary's Academy for young ladies. The academy building was located on Grand Street. According to one source, the academy was founded in 1856 and removed to Flushing in 1860. Sadlier's Catholic Directory of 1883 lists the academy still on "Grand street near Graham avenue" 2 . According to both sources, the academy was run by the Sisters of St. Joseph. It appears likely that the Flushing academy was St. Joseph's, while St. Mary's remained in operation in the Eastern District at least until 1883. The existing church was constructed in 1883-1884.3