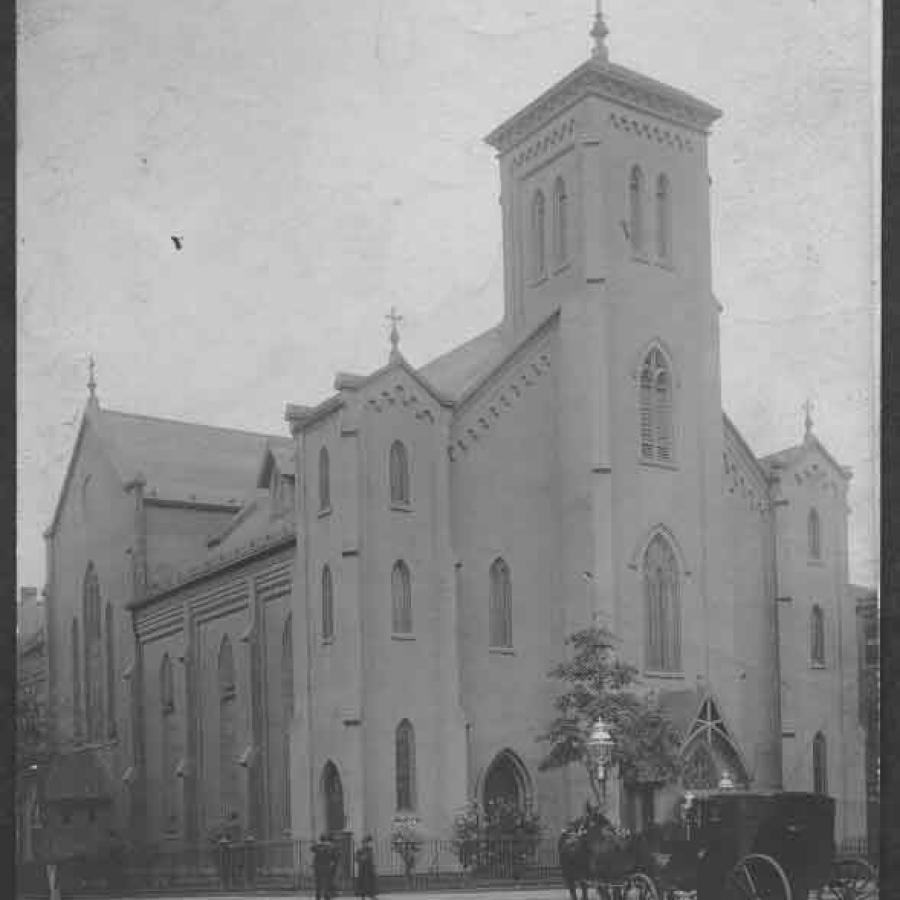 The parish of St. Patrick was founded in the early 1840s, prior to the establishment of the Diocese of Brooklyn. The origins of the church are a bit obscure, but it appears to have been founded as a parish for Irish Catholics in East Brooklyn (now Clinton Hill/Bedford-Stuyvesant), with the first services held in private structures near Wallabout Street and Flushing Avenue. Early secondary-source references to the church call it the Wallabout Church. In 1843, Rev. Hugh Maguire was appointed as the first priest for the parish.

Construction on the church at the corner of Willoughby and Kent Avenues started in 1848, with the cornerstone being laid in that year. Construction was completed and the church dedicated in 1856. By this time the Diocese of Brooklyn had been established.

Design of the church has been attributed to Patrick Keely, the prolific architect of Catholic churches in the mid-19th century. I have not seen documentary evidence of Keely's hand in the design of the church, but it is certainly very plausible. Keely's first church was that of Sts. Peter and Paul in the Village of Williamsburgh, less than two miles to the north of St. Patrick (and also an Irish congregation). The cornerstone for Sts. Peter and Paul was laid in 1847, and the church was dedicated in the Spring of 1848. And it is documented that Bishop Hughes knew and met with Keely prior to the commencement of that church. So while he was only just starting out, Keely was already proven a competent architect by the time that construction on St. Patrick would have commenced. While the design of the original Sts. Peter and Paul was much more purely Gothic, there are similarities in the design and detailing between that church and St. Patrick.